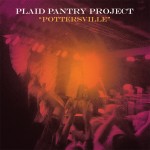 The Artist Andy Pibal (aka Pribhol, Pribal) entered the music-realm in 1988 as the drummer to the experi-metal, post punk rock quartet “Forehead” (1988-1995). As a side project during this time of the Northwest musical renaissance of the early 1990’s, Andy began recording a series of albums under the lighthearted moniker of “The Plaid Pantry Project.” Writing all of the songs, playing drum tracks, bass, guitars, piano & vocal tracks himself gives artistic freedom which allow the songs to come out as freely as they were written. Having been labeled as one of the best drummers in Portland Andy never shies away from putting a percussive edge on his guitar & bass playing as well as his vocal delivery & style.

Long-time Portland residents may remember the short-lived co-op between the actual Plaid Pantry corporation convenience store chain (when approached for Trademark & name use rights and Andy). This odd marriage led to one of the most unbelievable stories in Rock & Roll history, and it happened right here in Portland Oregon.

The sound of Plaid: Imagine Ric Ocasek producing “Ride the Lightning” for Robert Pollard & Rick Springfield, or something close to this. Guitar rock? Yes. Wanker-riffic & solo-rollo? No. Can you sing along to it? Most definitely. Is it another “Johnny-Alt come lately to Portland” playing make-up & wearing guitar? Um, no. However, if you like music, you will like Plaid. If you think your music is really great & everybody else sucks, you will really like Plaid.