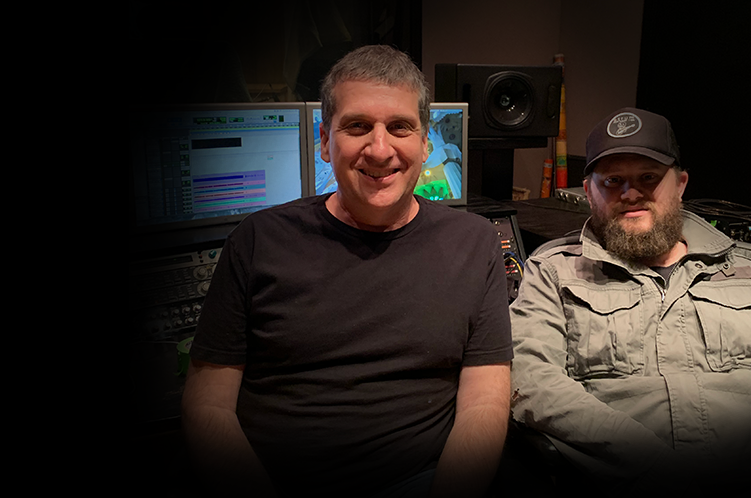 It is rare in this era of music to have the technical and creative knowledge to take an artist to the masses and yet at the same time develop uniqueness and identity that will stand alone amongst the rest of the noise. Dean and Jeramy are  the culmination of these two paradigms.

Dean has been engineering and producing for nearly 30 years. His musical genesis began at a young age playing the drums and has grown to include creative proficiency in a number of areas. His cult status is legendary in the portland area and is one of the busiest engineers in the Northwest and is now working in Texas as well. In 1998 Dean was called to engineer a session for songwriter/producer Jeff Trott. Jeff was in need of an engineer for some tracking on the Sheryl Crow album The Globe Sessions. Jeff’s appreciation of Dean’s work ethic, knowledge and amiability was shown in the months to follow by bringing Dean on as his personal engineer. Dean had the privilege of working on several Sheryl Crow albums and even won a TEC award from MIX magazine. Dean has worked with hundreds of artists most recently including Vagabond Opera, Tom Grant, Everclear and Christian Kane. His knowledge and experience give him the ability and creativity to take each album to a unique yet dynamic place.

Jeramy Burchett has been scouring the globe for nearly a decade leaving his mark on all who hear him play. Known for his recording with artists such as: Jim Brickman, Dirt Poor Robins, Nate Botsford, No More Kings, Aaron Meyer, Mitchell Musso, and Demi Lovato. Luis Palau and countless more.  Jeramy has been busy in the studio adding his touch on hundreds of other albums. In June of 2003 Jeramy went into the studio with his own band Perelux and began cutting his teeth in a producing role. Since then he has been involved in the producing of countless albums. In 2003 Jeramy also became a partner of the Luis Palau organization and now puts together music teams for events all around the world. He has currently been to over 40 countries and even produced albums for artists reaching as far as Spain and Estonia.

Dean and Jeramy have very diverse backgrounds in music and together they are able to create some of the most interesting and creative directions for the artists they work with. Church worship albums, world music, teen pop singers and brit rock are just a few of the many different styles they have worked on. Their combined knowledge and imagination drives their desire to see each artist create something truly unique yet resonate with many and go beyond the norm.