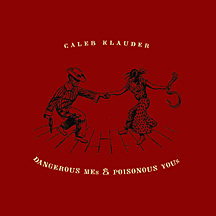 Caleb Klauder hails from Portland, Oregon. He cut his musical teeth in well-travelled northwest folk-rock group Calobo, who put out five self-released titles throughout the nineties.

He currently plays madolin and sings with internationally acclaimed old-time ensemble, The Foghorn Stringband. His first solo record “…Sings Out” was released on Padre Records in 2000 and featured a combination of self-penned folk, rock and roll and country music. His new disc, “Dangerous Me’s And Poisonous You’s”, is a collection of originals and covers in the honky-tonk vein and is due out on Padre Records.