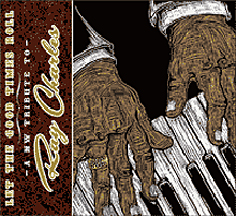 Northwest Ray Charles Tribute features 25 of the Northwest’s top musicians. This group was assembled originally to do a one off performance for Portland, Oregon’s Safeway Waterfront Blues Festival. The energy and vitality of the performance lead to multiple performances and then into the studio to record “Let The Good Times Roll.”