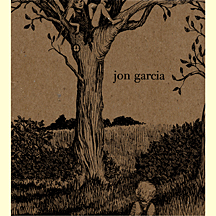 Jon Garcia’s first record is a conglomeration of haunting melodies and unorthodox chord voicings that ring nuances of Folk rock and even Jazz at times.

The Texas born Portland based singer/songwriter collaborated with musicians of the band Slackjaw as well as other musical friends to create vast instrumentation that is expressive and versatile while remaining tasteful. The self-titled release was recorded and engineered by Robert Barleson (Wilco, Desert City Soundtrack) and Jared See of Haywire Studios and was mastered by Kevin Nettleingham at Nettleingham audio.