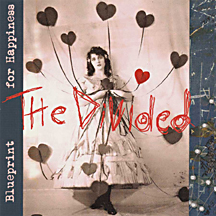 The Divided describe their work as beautiful songs about ugly things. If that’s the case, then the band has taken some seriously ugly subjects and made them swim with the swans. The Portland based quartet was formed in 2001 and continues to play razor-sharp, often dreamy, sometimes gritty, but always melodic rock and pop.

The band gets its name from the differences between the members’ musical styles, tastes and personalities. Taking a nod from everything from Jeff Buckley to PJ Harvey to King Crimson, the band carefully crafts tight, edgy, textured rock and pop with a mixture of Singer-Songwriter Folk, Punk, Blues, Alt Country and Glam Rock. If you took Jeff Buckley and had Kristen Hersh write him some songs and then got XTC as a backing band you’d have an idea of the unique sound that The Divided creates.